The Rosala Viking Centre is a museum and visitor centre with the main mission of depicting the Viking Age history of the archipelago and Finland. Development of the Viking village started in 1992, when we, inspired by the archaeological excavations at Kyrksundet, built our first reconstructed Viking building, the dwelling house Farmansgården. During the years, many other buildings and reconstructions have been added, and at this time we have more than 30 points of interest on our guide map. These include everything from a carved runestone to the pride of the Viking village, the magnificent Chieftain’s Hall Rodeborg.

The Viking Centre is owned and run by Paul Wilson, second-generation family entrepreneur. All development of the Viking village is funded using the income from the museum and tourism activities. All entrance fees go towards maintaining and developing the exhibitions of the museum.

Rosala Viking Centre Ltd also runs a small travel agency on Rosala, handling, among other things, trips to Rosala and to the Bengtskär lighthouse. We collaborate with many local businesses in the Hitis archipelago. You can familiarise yourself with our offerings on the booking office website rosala.net.

Our operations are based on an ardent interest in bringing one of the most fascinating periods of history to life. At the same time, we want to spread knowledge about the Viking Age and its relation to the local area, as well as to Finland as a whole. We want to put Viking Age Finland on the map, as Finland is actually one of the home countries of the Vikings. One of the ways in which this endeavour has made great progress is a European collaboration called Destination Viking Association, which we are one of the founding partners of. In this group, we work on the “Follow the Vikings” project, the purpose of which is to jointly market Viking destinations in Europe. We are very proud to exist as an equal partner in a group which includes among others the Jorvik Viking Centre in York and the British Museum. You can read more about the project and the different destinations on the project websites.
Destination Viking Association
Follow the Vikings

Welcome to the world of the Vikings! 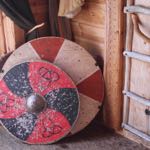 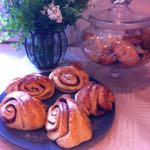 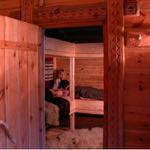 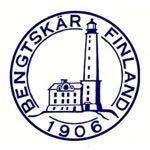